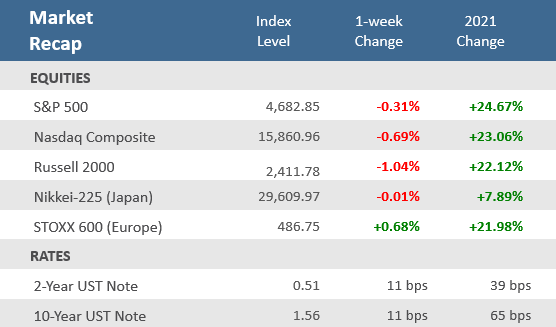 Stronger-than-expected inflation signals from the Producer Price Index, Consumer Price Index, and the NFIB Small Business Optimism survey led to a sharp rise in Treasury yields over the week, especially for short-term maturities. The yield on the 2-year U.S. Treasury Note rose +11 basis points, its most significant weekly jump in two years, matching the increase in the 10-year Treasury yield. Accordingly, the CME Group’s CME Fed Watch Tool showed the probability for a rate hike in June 2022 increase to 69.1% from 50.9% the prior week. That sent equity investors into profit-taking mode after healthy gains over the last several weeks. Most major equity indices fell for the week, snapping multi-week streaks of gains. Still, the S&P 500 remains up about 25% for the year.

It wasn’t just stock returns that were impacted by the inflation readings. The odds of quick approval of President Biden’s Administration’s Build Back Better bill also diminished after Senator Joe Manchin (D-WV) voiced concern that the legislation would fuel further inflation pressures on top of last week’s passage of a $1.1 trillion infrastructure package and the $1.9 trillion COVID-19 relief bill passed in March. The congressional agenda is already heavy between November and December, as Congress will need to raise the debt ceiling, fund the government, and pass a defense spending bill. With those priorities, the holidays, and now the focus on inflation, the entire Build Back Better package faces increasing chances of being stalled or scaled-back.

In October, U.S. inflation rose at the fastest pace in three decades, with prices increasing more in some parts of the country than in others. Consumer prices were up +7.3% last month in the region encompassing Iowa, Kansas, Minnesota, Missouri, Nebraska, North Dakota, and South Dakota. Midwesterners saw relatively higher housing costs in October, with rent, natural gas, and home furnishings all rising at a brisker clip than other regions. Rental prices in Northeastern states, by contrast, grew at a much slower pace than elsewhere last month.

Inflation has risen the most in the Midwest and South
Change in consumer prices from a year earlier, by region 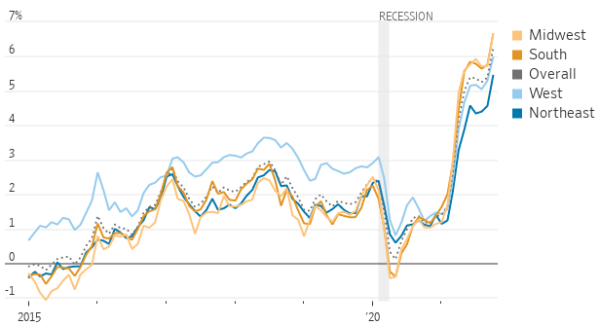 More robust economic data next week may push the Federal Reserve towards further policy tightening steps. The October Retail Sales and Industrial Production reports on Tuesday are next week’s highlights and both should be strong. Solid manufacturing growth is expected in the Industrial Production release given the strong PMI reports already released. The strong inflation results seen in the CPI, PPI, and NFIB Small Business reports last week may push the Fed to consider swifter action on rate normalization. Housing data will also be in focus with the releases of the NAHB Housing Market Index, housing starts, and building permits. 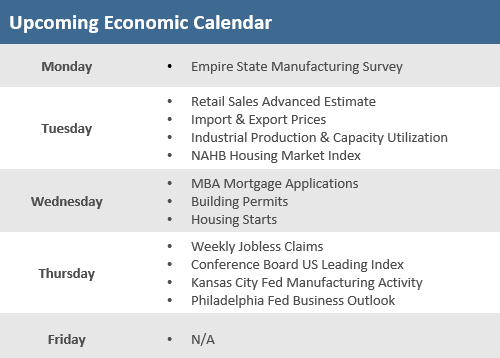 UP AND DOWN — The nation’s personal savings rate, which soared during the early months of the pandemic, has now fallen back to its pre-pandemic levels. The savings rate was 7.5% in November 2019, rose to 8% in April 2020, and now has come back to 7.5% in September 2021 (Source: Bureau of Economic Analysis, BTN Research).

Corporate balance sheets and income statements can trace their heritage to this week in the year 1494 when the first edition of Luca Pacioli’s “Summa de Arithmetica, Geometria, Proportioni et Proportionalita” was printed in Venice, containing 36 chapters on accounting. This popularized double-entry bookkeeping, which offsets assets against liabilities and revenues against expenses (Source: The Wall Street Journal). 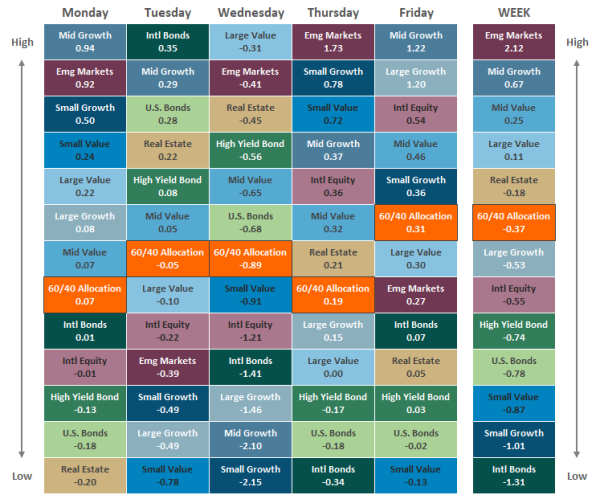