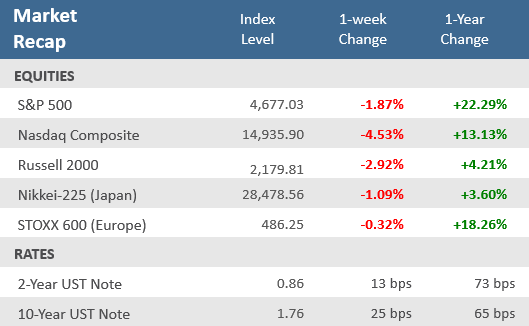 Financial markets hung over in 2022’s first week of trading

The S&P 500 and Dow Jones Industrial Average both hit record highs on the first trading day of the new year, but that was about the extent of gains thus far in the new year. For the remainder of the week, U.S. stocks gave back some of the solid gains registered in 2021. The markets were choppy on Tuesday, but it was the midweek release of the Fed’s December meeting minutes that set markets reeling. The Fed’s December monetary policy meeting minutes suggested that the Fed could be much more aggressive in their monetary tightening policy than initially expected, including a sooner-than-expected reduction of its massively expanded balance sheet. Bond markets also disliked the Fed meeting minutes as the Treasury yield curve steepened noticeably after its release. The yield on the U.S. 10-year Treasury note spiked to 1.76% from 1.51%, its highest level since the pandemic. The 25-basis point (0.25%) one-week increase was the largest weekly gain since September 2019. The Bloomberg Aggregate Bond Index fell -1.5% over the week, its biggest weekly decline since March 2020 at the depths of the pandemic.

The surge in yields also took a toll growth-oriented stocks like Information Technology and Communications Services. As a result, the Nasdaq Composite Index fell -4.5% on the week, its worst week since February 2021. Markets may be pricing in too much Fed tightening given that inflation may be peaking, Omicron wasn’t spiking when the Fed held its December meeting, and the fall brings the mid-term elections. Any of those could give the Fed reason to be extra deliberative about its path to normalization and a combination of them would make it difficult for the Fed to be overly aggressive in tightening if the economy is already slowing in the second half of the year.

The Job Openings and Labor Turnover Survey (JOLTS), a measure of unmet demand for labor, showed that workers quit their jobs at a record rate in November while job openings stayed close to highest-ever levels. The Labor Department reported 10.6 million job openings at the end of November, a decrease from 11 million the prior month. The total number of quits reached 4.53 million. That represented an 8.9% increase from October and broke September’s high-water mark of 4.36 million. As a percentage of the workforce, the quits rate was 3%, up from 2.8% the prior month, which returned it to the record rate if first set in September. The report showed the hiring rate increased slightly to 4.5% from October’s 4.4% level, and separations advanced to 4.2% from the prior month’s 4.0% pace. 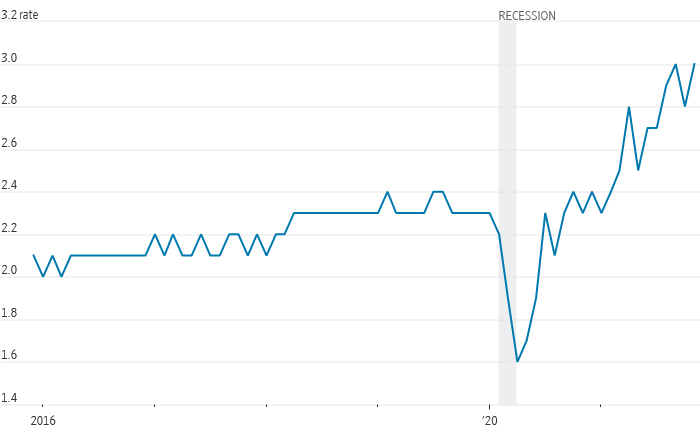 The economic calendar next week is relatively light in volume but still brings some weighty reports, including a look at December inflation from the Consumer Price Index (CPI), the Producer Price Index (PPI), and the Import Price Index. Business and consumer sentiment reports will also be released, along with a view of U.S. consumer activity from the December retail sales report. 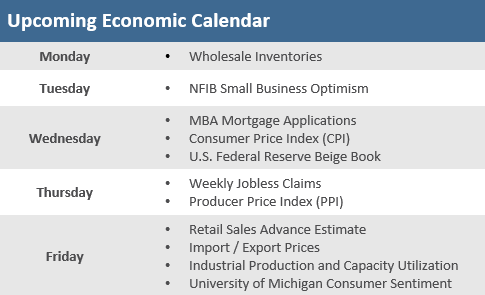 On January 3, 1977, Steve Jobs and Steve Wozniak incorporated Apple Computer Corp. At time, the S&P 500 was trading at around 107.0 and the Dow Jones Industrial Average was trading at 999.75. The company had its IPO in 1980, trading on the Nasdaq market under the ticker AAPL. Today, Apple is the largest company in the S&P 500 and with a market cap of $2.9 trillion. (source: Benzinga). 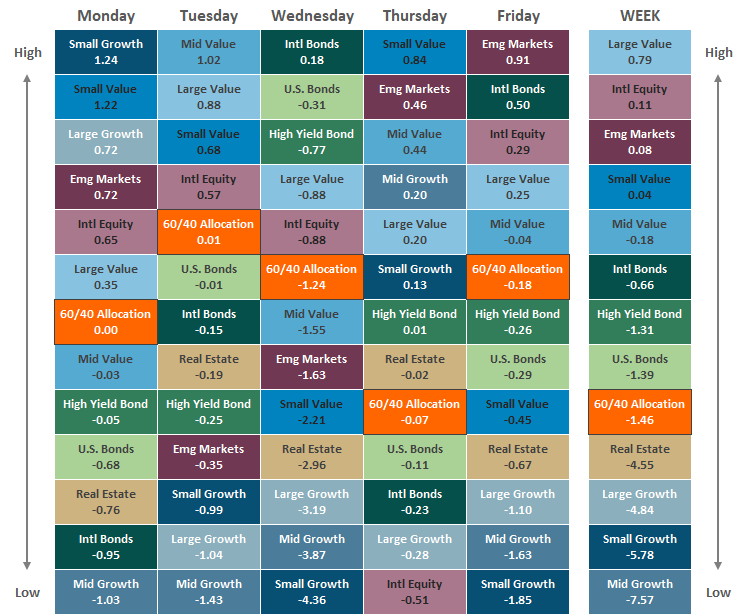