Take a Cue from Soccer on Recent Market Volatility 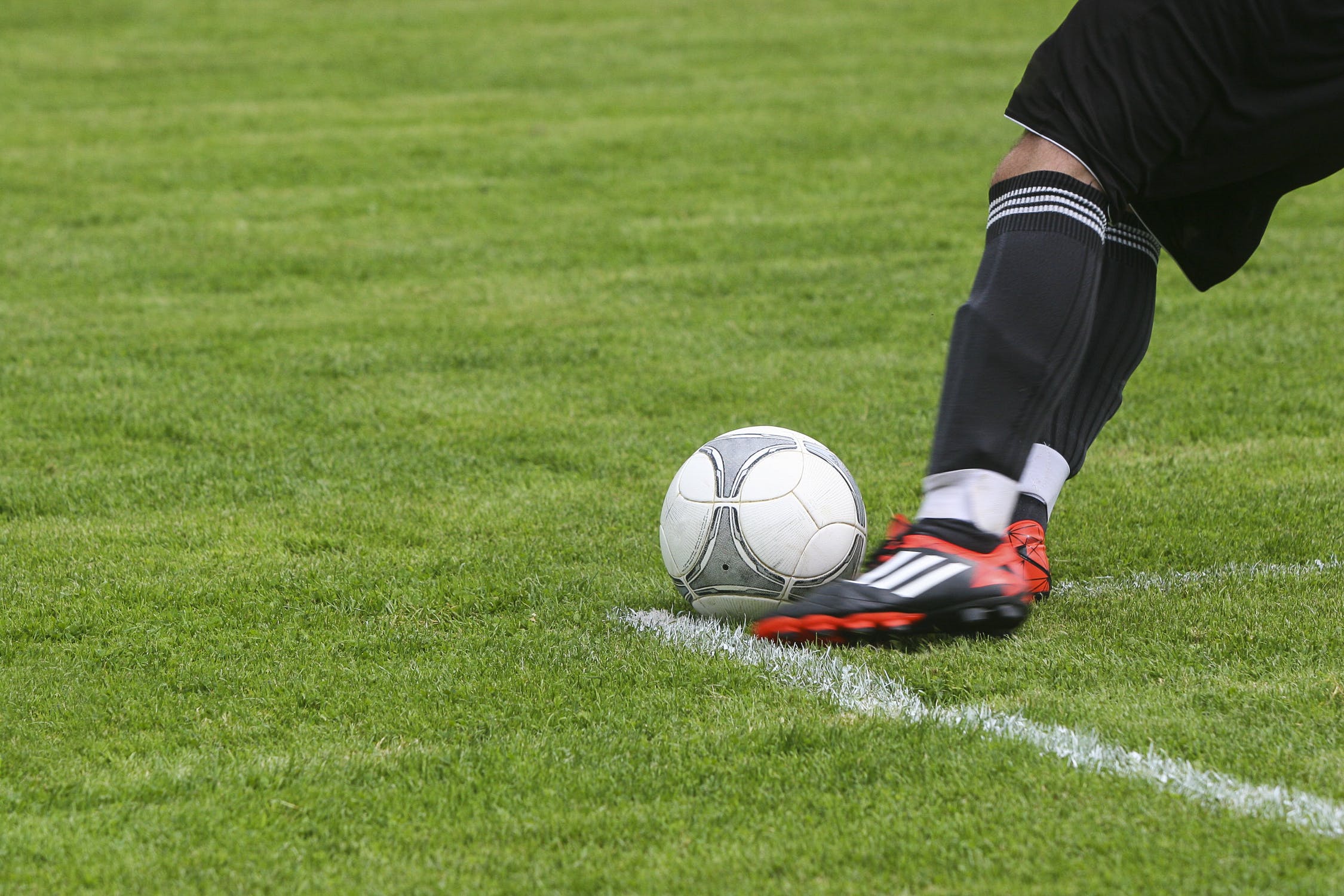 As of yesterday’s close, U.S. stocks have fallen over 10% from their peak in late January (officially in “correction” territory). Given the smooth ride the market gave us in 2017, this recent volatility has spooked investors and have led many to feel compelled to “do something” about this downturn.

This emotional response is normal

In fact, it even applies to areas outside of investing. Behavior economist Ofer Azar studied 300 soccer goalies to see how they reacted during penalty kicks. He collected data on whether the goalie jumped left, jumped right, or stayed in the center. Those who jumped left stopped just 14.2% of shots; those who jumped right stopped 12.6% of shots. Goalies that stayed in the center had much better results—they blocked goals 33.3% of the time. However, despite the success rate of staying in the center, goalies only made this decision 6% of the time. When the goalies were asked about their decisions, they admitted that they would feel worse if the goal was made and they just stood there, taking no action.

The same emotions come into play with money, causing too many investors to “do something” even though logic would dictate otherwise. Although it can feel uncomfortable, the best decision is often to stay put and resist the temptation to jump to one side or the other during volatile markets.

Less than a month ago, we wrote in our quarterly client newsletter that we expected 2018 to bring more volatility and larger pullbacks than we experienced last year. It was a pretty safe prediction to make given the history of the market. Over the last 38 years, U.S. stocks have dropped 13.8% on average throughout the year, while the biggest drop we saw in 2017 was only 3%. The chart below illustrates how common these downturns can be from year to year, while also showing how often markets advance despite temporary setbacks (29 of 38 years finished positive). 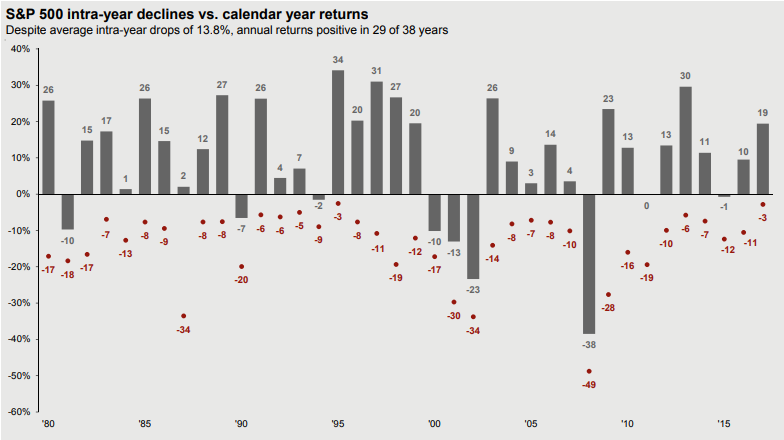 The typical investor will experience 11 corrections (a decline of 10% or more) and eight bear markets (a decline of 20% or more) over time.1 Downturns happen for various reasons but they all have at least one thing in common: they were temporary. There is no single event that has caused this sudden decline, but many point to the fear that the Federal Reserve may have to raise interest rates more aggressively to prevent the economy and labor market from overheating. Ultimately, healthy markets need to pause from time to time to sustain long periods of growth.

Most investors will have funding goals that span years or even decades beyond 2018, so we recommend maintaining that long-term focus in order to give your retirement plan the best odds for success. We will continue to monitor the markets, the economy, and your portfolio to ensure that you stay on track to meet your long-term goals.
We encourage you to reach out to your advisor if you have any questions or concerns.

1. Source: Vanguard analysis based on the MSCI World Index from January 1, 1980, through December 31, 1987, and the MSCI All Country World Index thereafter. Both indexes are denominated in U.S. dollars. Our count of corrections excludes those that turned into a bear market. We counted corrections that occurred after a bear market had recovered from its trough even if stock prices hadn’t yet reached their previous peak.