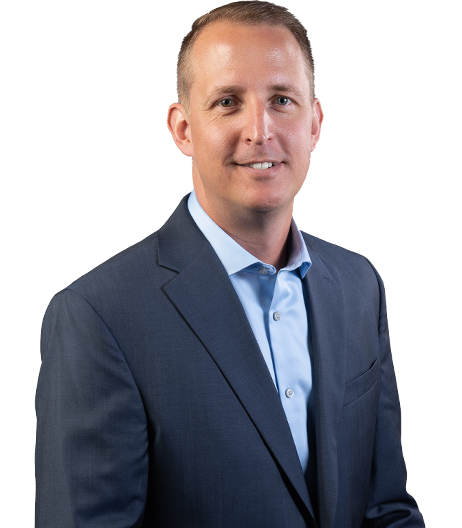 Ryan was born and raised in Olathe, KS and currently resides in Leawood, KS. He played college football while earning his degree from Baker University. His drive and competitiveness stems from his background in athletics, which has played a big role in who he is today. Ryan has been a Financial Advisor since he got out of school in 2002. Although he didn’t realize it at the time, his destiny into the world of finance began early in his high school days when a checkbook of his didn’t quite balance out. From that point forward, he developed a meticulous attention to detail with all things financial – a trait that he proudly carries with him today.

Ryan was here the day The Retirement Planning Group opened its doors in 2004. He has worked in all capacities with The Retirement Planning Group since then. Ryan’s passion and love for this business truly lies in helping clients with a worry-free and fulfilling retirement. In 2013, Ryan attained the CERTIFIED FINANCIAL PLANNER™ designation – one of the great personal achievements of his career. He and his wife, Aislinn, stay busy keeping up with their three children, Lucy, Rose, & Leo. Spending time together as a family is the most rewarding thing for Ryan – whether it’s taking a trip together, relaxing at the lake, or pancake Saturdays. Outside of work, Ryan enjoys being as active as possible by trying to exercise regularly, pretending to be a golfer, and chasing kiddos around the yard.